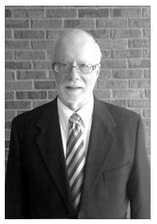 ​Mr. Beach received his undergraduate degree, a B. S. in music education, in 1974 from Tennessee Technological University. He received his Master of Music Degree in trumpet performance from the Catholic University of America in Washington, D. C in 1976. While in Washington he studied trumpet and conducting with Mr. Lloyd Geisler, former first trumpet and associate conductor of the National Philharmonic. He also performed with the United States Army Jazz Ambassadors, the Army’s official touring jazz ensemble. As a member of the Jazz Ambassadors, Mr. Beach performed on tour across the United States over 120 days per year. In 1977 he left the Army and taught at Peachtree High School in Dekalb County for four years. Mr. Beach was director of bands at Parkview High School from 1981-2006. During that time he taught marching band, concert and symphonic bands, music theory, and jazz band. He retired in 2006 and subsequently returned to teach AP Music Theory, Music Technology, and Guitar. Mr. Beach has served as a clinician and adjudicator in concert, marching, and jazz festivals in Georgia, Alabama, South Carolina, Tennessee, Ohio, and Florida. In 1998 he received the Legion of Honor award from the Sousa Foundation in recognition of his work at Parkview. In 1999 the Parkview Symphonic Band won the NAI regional competition in Washington, D. C. and in 2000 Parkview won the Grand National Band Festival. In 2006, the Parkview Band was awarded the Sudler Flag of Honor at the Midwest Band and Orchestra Clinic in Chicago, Ill.
​His professional affiliations have included: Music Educators National Conference, Georgia Music Educators Association, International Association of Jazz Educators, Phi Mu Alpha, and Phi Beta Mu professional fraternity. He resides in Lawrenceville, Georgia with his wife of 45 years, Judy, who is also a music teacher. They have two sons, Michael (39), a graduate of the University of Georgia and David (33) also a UGA graduate.